Adriano Paganini, Founder & CEO of Back of the House

Meet our latest RESTAURATEUR OF THE QUARTER: Adriano Paganini, Founder & CEO of Back of the House

I have had the pleasure of knowing Adriano Paganini for the past fifteen years, being a customer in a number of his restaurants, as well as trying to do  a deal with him for the past years. I am happy to announce I have closed a restaurant transaction with him this month. . Adriano is someone I truly respect in the industry as he thinks out of the box, is a genuine people person and he walks his talk.  He is unpretentious and believes in the basics of treating his people fairly, providing a quality product at a reasonable price and being consistent in maintaining high standards throughout his businesses.

Adriano grew up near Milan where his father was a tailor. More interested in food than fabric, he enrolled in culinary school, and managed to become an apprentice to world famous French chef/restaurateur Paul Bocuse.


Adriano ultimately moved to London where he got a job cooking at the Hyde Park Hotel. He stayed for five (5) years honing his skills in the kitchen. When the Italian Ambassador gave a dinner for the Queen of England, Italian chefs from all over London prepared dishes. The Ambassador chose three of Adriano’s preparations and, at 24 years of age, he was placed in charge of Italy’s dinner for Queen Elizabeth. He also cooked for Margaret Thatcher, and cooked for Luciano Pavarotti.

Adriano moved to San Francisco, took over the kitchens at the Donatello Restaurant in the hotel of the same name. He then moved on to open his own restaurant in the Marina. However, cooking 6 nights per week at Café Adriano wasn’t enough.

In 1994, at the age of 27, Adriano Paganini opened the first chef driven restaurant in America. Pasta Pomodoro was the inspiration for the entire fast casual dining segment of the industry that spawned hundreds of concepts.

Pasta Pomodoro was not only game changing for fast casual and casual dining in America, it was also wildly successful in its own right. Adriano built 46 units and ultimately sold the brand. 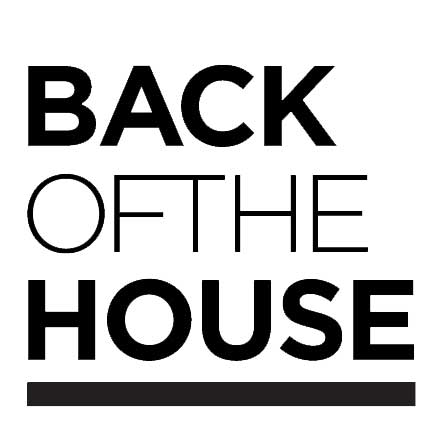 A master at understanding and reading contemporary culture, Adriano’s track record in both creating and exploiting trends, of identifying the right concept in a particular location, and his history of finding and preserving relationships with talented people are what have led to the success of Back of the House which he started in 2009.  Adriano’s current Back of the House 24+ operations include as follows:  a. Wildseed – a plant based restaurant on Union St in San Francisco (hereafter referred to as “SF”);  b. A Mano – an Italian restaurant with full bar in Hayes Valley, SF;  c. Flores – a traditional Mexican restaurant with full bar in SF and in Marin County;  d. The Bird – the ultimate fried chicken sandwich shop in the SOMA district of SF;  e. Super Duper – 12 locations throughout the SF Bay Area serving high quality hamburgers and my favorite chicken sandwich anywhere;  f. Uno Dos Tacos – a limited Mexican menu with Tequila bar;  g. Starbelly – a casual and friendly neighborhood restaurant in the Castro district of SF;  h. Lolinda -a new kind of Argentinian steakhouse in the Mission district of SF;  i. Delrosa – a Roman style pizzeria in downtown and the Marina district of SF;  j. El Techo – a Latin American food and cocktail restaurant with a roof top view in the Mission district of SF;  k. Beretta – a restaurant and bar in the Mission District and l.  Barvale – a Tapas men with full bar on Divisadero St in SF.

While restaurants in San Francisco are going out of business left and right due to high operating costs and the shortage of employees Adriano continues to create new cutting-edge concepts in the city and elsewhere.

We wish Adriano continued success in all of his endeavors and look forward to the opportunity of completing more transactions with him in the near future.