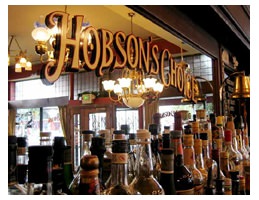 Greg is a true hospitality professional. After graduating from Cornell University Hotel School in 1995 Greg worked for Myriad Restaurant Group owned by Drew Nietroent, a well known restaurateur, and actor Robert Di Niro and worked at New York City’s famous Tribeca Grill and Nobu New York as a waiter, bartender, food expediter, manger and general manager. After a stint there for a year and half he traveled to San Francisco and opened Indigo, a successful restaurant and bar as well as Jade Bar, around the corner from Indigo near City Hall. Greg also opened Hobson’s in 1998, a well known bar in the Haight Ashbury District, which he still operates. In 2013 Greg purchased Flanahan’s Bar in San Francisco and he just recently purchased Swell Bar in Alameda.

Greg’s philosophy is that happy customers makes happy employees and happy owners. Greg’s success is largely due his strong teamwork efforts working closely with his employees to make sure they are well trained and provide their guests an enjoyable dining and/or drinking experience. Restaurant Realty had the opportunity of brokering four deals with Greg – selling Indigo and Jade Bar for him as well as selling to him Flanahan’s Bar and Swell Bar. We wish continued success to Greg in his many years ahead.