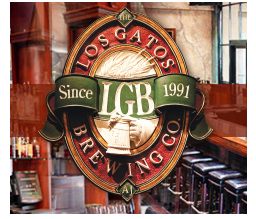 Jim Stump, a native of Utah, has been working in the food service business since he was fifteen. Jim has worked at some of the Bay Area’s most acclaimed venues including San Francisco’s Fleur de Lys and the Blue Fox, Santa Clara’s Birk’s Restaurant, Saratoga’s Le Mouton Noir, and the Los Gatos Brewing Company. After moving to California in 1980, Jim attended the California Culinary Academy and graduated with “Outstanding Merit”. In 1987 he became chefs assistant to Hubert Keller at San Francisco’s Fleur de Lys restaurant, and soon thereafter was hired as Saucier at San Francisco’s famed Blue Fox. In 1989 Jim moved to the Santa Clara Valley to become Sous Chef at Birk’s Restaurant . He then was promoted to Executive Chef, helping to more than double Birk’s business while establishing its reputation as one of Silicon Valley’s best steakhouses. In 1991 he joined Le Mouton Noir in Saratoga as Executive Chef, earning the restaurant the DIRONA Award and receiving the coveted 4 star rating from the San Jose Mercury News.

Jim’s success can be attributed largely to his operating philosophy which is being passionate in everything he does and his commitment to the team approach in treating every member of his team as an equal with respect. Restaurant Realty had the opportunity to work with Jim and his partner in selling the former AP Stumps location in San Jose and the well known Los Gatos Brewing Company in Los Gatos. We wish Jim continued success in all of his future endeavors and we look forward to working with him in his future expansion.