After graduating from the London College of Hotel and Catering and working as a chef in London restaurants, Keith Simpson experience elevated him to cater for the British Royal family and heads of the British Government for a period of 10 years.

Keith moved to the US in 1996 Keith owned and operated 3 successful restaurants and a catering company in California.

Keith has consulted for numerous restaurant owners and has been selling restaurants, bars and clubs for the past ten years.

Keith joined Restaurant Realty Company in 2012 and quickly has become a top agent. Keith was selected to star in the Food Network series “Buy This Restaurant” which began airing in early February 2014. Keith continues to operate as an agent with Restaurant Realty in Sacramento and surrounding Northern California areas.

Countless people dream of leaving their day jobs behind to follow their passion and open their own food business. But to make that dream a reality, they need the perfect space to launch it. Enter Keith Simpson, a top-level eatery broker with the experience to guide even the greenest of prospective buyers through an intimidating real estate market. Keith will locate three different listings and walk these first-timers through the businesses from space to menu to costs to help them realize their vision. Keith is more than a real estate broker; he’s really a dream broker. 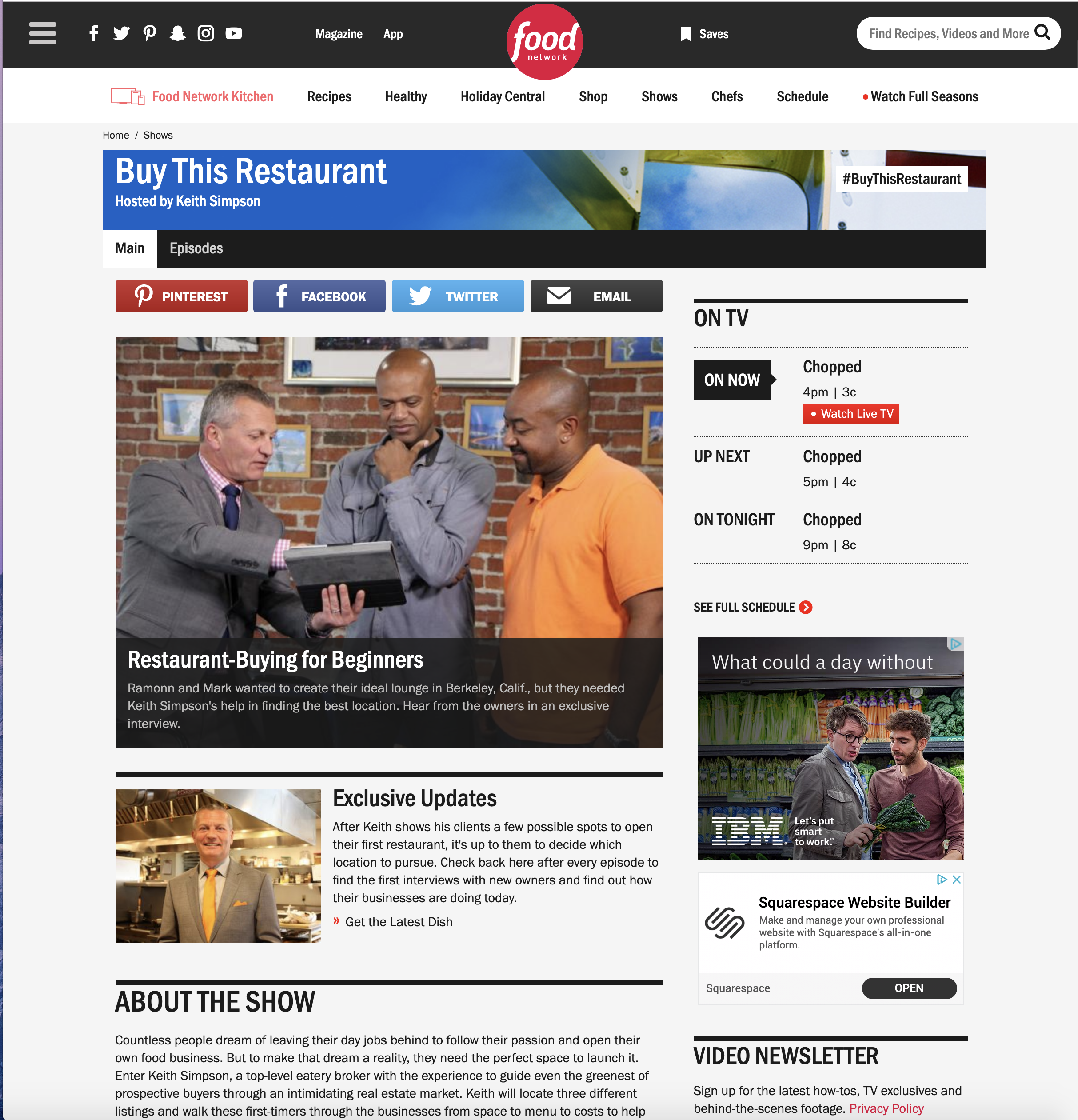