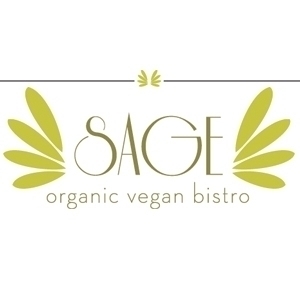 Mollie is the founder and owner of 3 Sage Vegan Bistro’s in Southern California – Echo Park, Culver City and now Pasadena located at One Colorado.  We sold her the Alma de la Rosa formerly, AKA Bistro Pasadena a few months ago.

Mollie has a colorful and successful career.  Mollie was raised vegan on a small farm in upstate New York. Her upbringing inspired a love for gardening, foodscaping, and cooking. In addition to her affection for food and cooking, she is extremely passionate about animals and the environment. After high school, Mollie made her way to Los Angeles to attend the prestigious CalArts film program to pursue her desire to be a filmmaker. While working towards her degree she fell in love with the music industry, and began her professional career in entertainment working for the urban A&R department Epic at Sony Music. Her entrepreneurial spirit was quickly realized with the founding of Majestic Studios, which became the recording home for many artists on the Epic and Electra labels in addition to Virgin and many others.It was around this time that Mollie began to explore her personal artistic talents, and became a successful spoken word artist as well. She recorded several albums, toured the country, and appeared on the HBO series Def Poetry Jam, as well as being featured on multiple television shows and feature length documentaries.Several years later Mollie turned her attention to her life long passion for cooking and vegan food. In 2010 she opened the first KindKreme in Studio City and produced her first documentary, May I Be Frank, with her brothers Ryland Engelhart and Cary Mosier. The film follows an unhealthy, obese, native New Yorker who accepts a challenge to go vegan for 42 days, in which he becomes sober, loses weight, and becomes healthy again. The film received overwhelming acclaim. Mollie’s second film as a producer, The End of Love, debuted as an Official Selection at Sundance Film Festival in 2012. The movie was made as locally as her restaurants with her friend Mark Webber who wrote, directed and starred in the film.

One year after the first KindKreme opened, the second location opened in Pasadena and less than one month later. Sage opened in Echo Park and a third KindKreme location was born. Mollie is now the owner operator of Sage and KindKreme and responsible for most of the menus of both properties along with her husband Elias Sosa, the Head Chef (who started at Sage as a Sous Chef 4 years ago.) She has a true intuition when it comes to food and business. Sage continues to produce outstanding numbers, and KindKreme is an internationally acclaimed leader in the vegan dessert industry. In 2013 her biggest endeavor thus far was Sage Culver City. At three times the size of Echo Park with 25 beers and wines on tap, a full organic bar and a wood fire pizza oven, Culver City has been Mollie’s opportunity to express her taste through the unique design and truly bring her farm-to-table ethos to the public on a grand scale. Locally sustained and produced food is Mollie’s passion. She has a select group of farmers that she works closely with ensuring the highest quality produce in all of her dishes. Mollie’s commitment to the integrity of food goes far beyond taste and commerce to what is ultimately best for the planet. And after she and husband Sosa welcomed their first child in December of 2014, she is more determined than ever to do her part as a restaurant owner and citizen of the world to make a positive impact on how we eat. Together, she and Sosa continue to nurture their family, the restaurants and the community through food.

We have had the opportunity not only to work with Mollie but with her father Matthew Englehardt too who owns and operates the successful Cafe Gratitude Cafes and Gracias Madrei Restaurants in Northern and Southern California (we completed 4 transactions with Matthew) .  We wish Mollie continued success in all endeavors throughout life and look forward to working with her again.