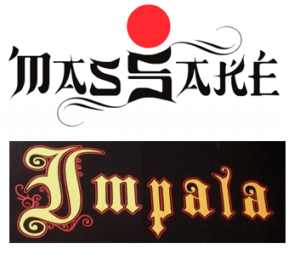 The One Industry Group, made up of Bob Jones, Hugo Gamboa and Drew Adelman, is an innovative restaurant, nightclub, and bar management company. They create new venues that are out of the ordinary.

Bob Jones attended the University of Southern California, during which time he worked in various areas of the restaurant and night club industry. Bob always knew that he wanted to work in the entertainment industry, so he took every opportunity that he could to learn the business. Bob met Hugo Gamboa, who at the time owned Dos Locos Cantina in San Jose. Bob ran the restaurant for five years until the two co-formed The One Industry Group. In 2003, Bob and Hugo partnered with Drew Adelman.

Hugo Gamboa attended San Jose State University where he received his degree in advertising. While attending school, Hugo helped open 6 different venues. This accomplishment led to him being recruited right out of college by Crobar in New York to launch night clubs throughout Southern California. In 1992, Hugo realized his true dream of opening his own venue (Dos Locos Cantina in San Jose). He ran the restaurant for 5 years before meeting Bob Jones.

Drew Adelman worked in all aspects of the nightclub industry throughout the New York and New Jersey areas. Drew settled in at a small Upper East Side spot known as Polly Esther’s. Drew traveled across the country opening Polly Esther’s all over the West Coast, building a successful chain. Drew did not stop at decade-themed nightclubs; he opened Cabana in San Jose, which included a sushi/sake bar in the nightclub.

Bob, Hugo, & Drew utilize their skills and experience and build off of one another. The trio is a hands-on group involved in every aspect of the restaurant/entertainment business. The group takes pride in what they do, which shows in their work. Restaurant Realty Company has had the pleasure of completing 3 deals with The One Industry Group on three separate occasions, and from each of these, a fresh operation has resulted in San Francisco: Mas Sake, Impala, and Marina Sports Bar & Grill.