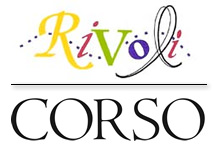 Wendy Brucker & Roscoe Skipper joined together in creating their first European-style restaurant, Rivoli in 1994.  Brucker, a well-experienced chef in the culinary arts, and Skipper, a ranked Certified Sommelier, were matched for success in the restaurant industry. Food and wine connoisseurs of the Bay Area rapidly took a liking to this restaurant. With its simple yet rustic décor paired with extravagant in-season dishes and wine, it became an upscale refection of their original idea to open a restaurant mirrored on that of trattorias and bistros in Italy and France. The restaurant has been featured as a top 100 Restaurant in the San Francisco Chronicle, as well as receiving a Three Star review, has been in Gourmet Magazine, Bon Appetit as well as many other publications.

Due to their success with Rivoli, they decided to return back to their roots/ original idea of opening a Florentine trattoria, an informal regional Italian restaurant with simple yet delectable dishes.  Inspired by her recent trip to Florence, Brucker’s attention was focused on the details and techniques of their cooking.  Restaurant Realty Company assisted Brucker and Skipper in finding and purchasing a restaurant located at 1786 Shattuck Avenue in Berkeley.  This is where their dream transpired as they transformed the restaurant into a simple two-toned beige and black setting with framed authentic trattoria menus draping from the walls.  The menu, consistent with Corso’s décor and concept, offers an array of appetizers, first courses and second or main dishes, all carrying a characteristic of simplicity. Where Rivoli’s dishes are complex and layered, Corso’s dishes are simple and characteristic of authentic Florentine cooking.  While Brucker works in the back of the house, Skipper, in charge of operations is also reputable when it comes to wine.  His abundant knowledge comes into play in recommending to patrons the pairing of each dish with wine.  This new venture is sure to bring continued success and follow behind the success of its elder, Rivoli.